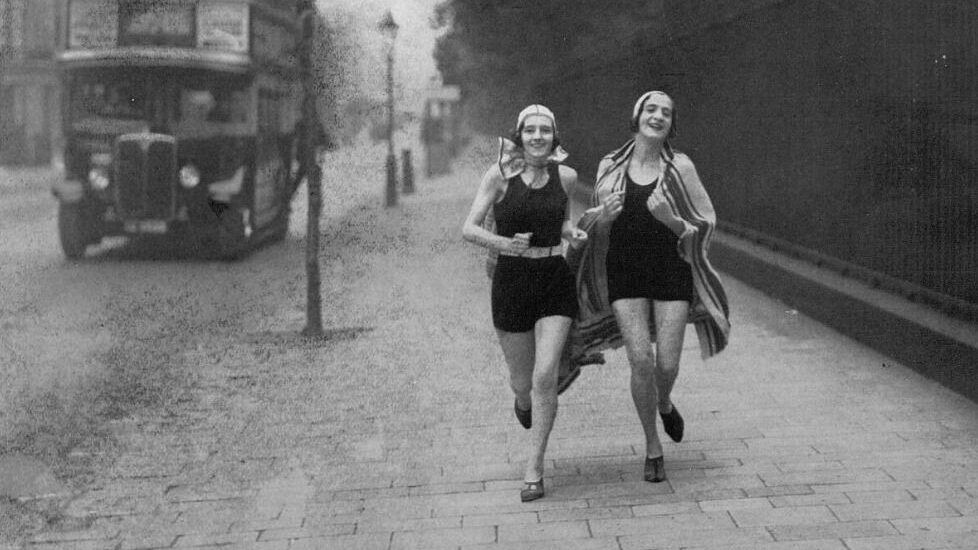 We chat to Serpentine Swimming Club Honorary Secretary Laure Latham about the incredible history of this 158-year-old club, and its upcoming induction into the International Marathon Swimming Hall of Fame.

If you have ever been in Hyde Park on a wintry Christmas Day, you’ve probably chucked a pebble or two at the floating ice on Serpentine Lake. You wouldn’t have been worried about hitting a duck or a swan, because ducks and swans are far too savvy to paddle in that icy, black water.

Unlike humans, specifically Serpentine Swimming Club members, who gather every December 25th to hurl their goggled-up, blue-lipped, Speedo-wearing souls into the Serpentine for the annual Peter Pan Cup race, one of the world’s Top 100 open-water swims!

You’d probably have caught brief snatches of the club anthem – to the tune of My Darling Clementine – “In the duck poo that’s what we do/ Come on in the water’s fine/ You are in my heart forever/ Oh, my darling, Serpentine!”

People have been doing that for at least 155 years, providing at least one reason why the world’s third oldest swimming club will be officially inducted as an Honour Organisation into the International Marathon Swimming Hall of Fame in May (IMSHOF), for its contribution to open-water swimming. The club, in Hyde Park in Central London, was founded in 1864, making it just one year younger than the country’s Football Association, but five years older than the Lawn Tennis Association. As a comparison, Chelsea Football Club only came into existence in 1905!

However, Londoners have been using that water probably since its creation as a lake in 1728 by Caroline, Queen Consort of King George II. Indeed, London press records a certain individual Henry Hunt, who on January 17, 1826, won a 100-guinea bet by riding his father’s carriage over the frozen ice. That is around 10 000 pounds in today’s money!

Laure says the club has always been a haven for cold-water enthusiasts, and a major hub for marathon swimmers. “The Club – which meets every morning of the year in Hyde Park – epitomises a certain sort of Englishness. Eccentric, self-organising, understated and self-conscious, the sight of its swimmers ploughing the green water is a quintessential detail of London life.”

“It can rain horizontally, be foggy, sunny or warm, but our members are a hardy bunch who would not trade their morning swimming routine for anything in the world. Swimming in the middle of London before most Londoners are out of bed sets them up to face the day. Tea and cake for breakfast also does wonders to keep morale high!”

The club also has a historic focus on the English Channel. Between 1957 and 2021, 82 members completed solos. The first female and male swimmers to complete English Channel triples were club members and IMSHOF Honorees. Members have also swum some of the most famous fresh-water swims in the United Kingdom, including Loch Lomond, Loch Ness and Lake Windermere. The club also boasts ice milers and competitive winter swimmers. Several members have also swum Robben Island!

There is a long history of supporting and giving back to the swimming community, with members officer and committee positions in IMSHOF and in IMSHOF Honour Organisations, including the British Long Distance Swimming Association, the Channel Swimming Association and the Channel Swimming & Piloting Federation. In 2021, the club raised over £16, 000 (R320 000) for one-to-one swimming lessons for children with physical and sensory disabilities.

The Club regularly meets friendly rivals, for example the South London Swimming Club in Tooting Bec Lido, against whom they swim two to three galas a year.

Laure says friendly competition is always encouraged. “Our members are truly about open-water swimming and the camaraderie and mutual support that swimmers are known for. The club is a wonderful community which embraces every swimmer’s individuality and helps members from every walk of life enjoy outdoor swimming in London at affordable prices.”

Laure adds, “Should your members wish to join us for a swim, please don’t hesitate to ask them to contact me for a guest swim.”