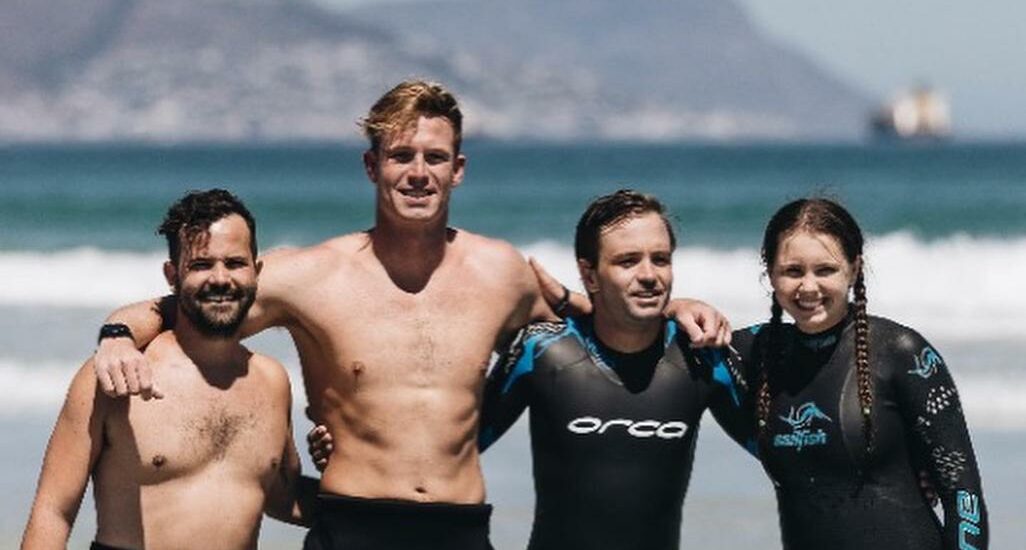 This was Tippett’s second island, but the first for the others. Cochlear implants sit behind the ear and electronically stimulate the cochlear nerve, unlike traditional hearing aids which boost the auditory signal.

Tippet, who runs the Moving for Sound organisation, grew up deaf and received a cochlear implant as a young child. Now, he is partnering with the non-profit Hear Us Foundation. He said he wanted to share his love of water by giving back as well as raising awareness about hearing loss.

Foundation chair Sarah Allwood, whose daughter Kate also swam, said she viewed cochlear implants as a modern-day miracle, albeit an expensive one.

Tippett said he had been feeling a little nervous, despite all his training. “You never know if you’re ready with this challenge when it comes to training. It’s all about prepping the mind with positivity!”

Roach said that his cochlear implant had changed his life. “Deafness doesn’t impact your swimming ability. I could swim before I could walk!”