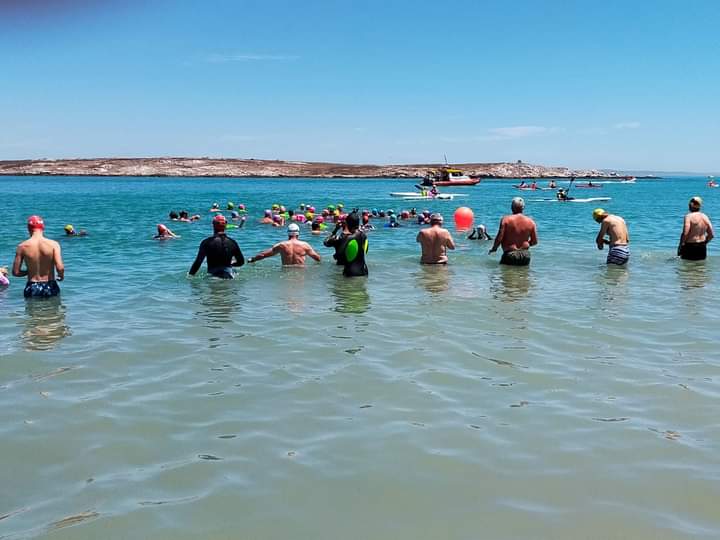 The intention is to have an annual event that will attract visitors to Langebaan, with a local produce market, a world-class classic motor show, play activities on the beach, along with a fun swim.

The plan was to swim from Pearly’s Beach to the other end of main beach, approximately 1km. Local swim co-ordinator Walter Hart says that he planned the swim to be with an outgoing tide so that the swim would be nice and easy for the less confident swimmers. “On the day, however, the surf was quite hectic at the far end of the planned course, so I dropped a couple of buoys, and re-routed the swimmers around the buoys and back to in front of Pearly’s Restaurant.

“I was told by a few swimmers afterwards that they had measured anywhere from 1,1k to 1,4 k as a result of the change of course, and so at the lucky draw prizegiving after the swim I re-named the event the Langebaan Fiesta Fun 1,3k Swim!

“We had 62 swimmers on the day, and gave away prizes (donated locally ) to almost every swimmer.” 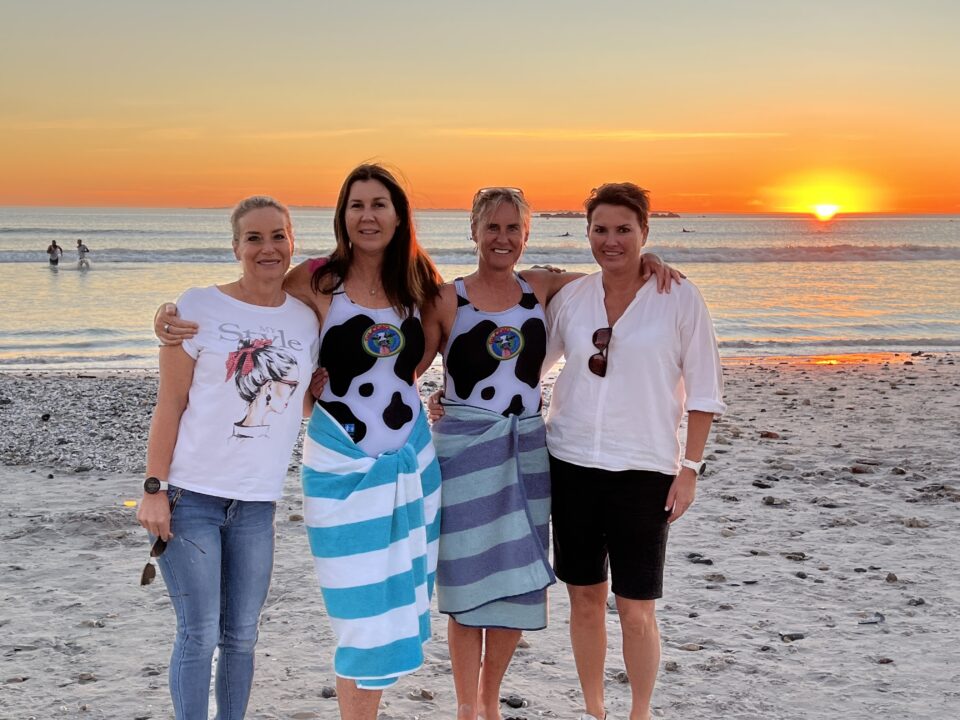