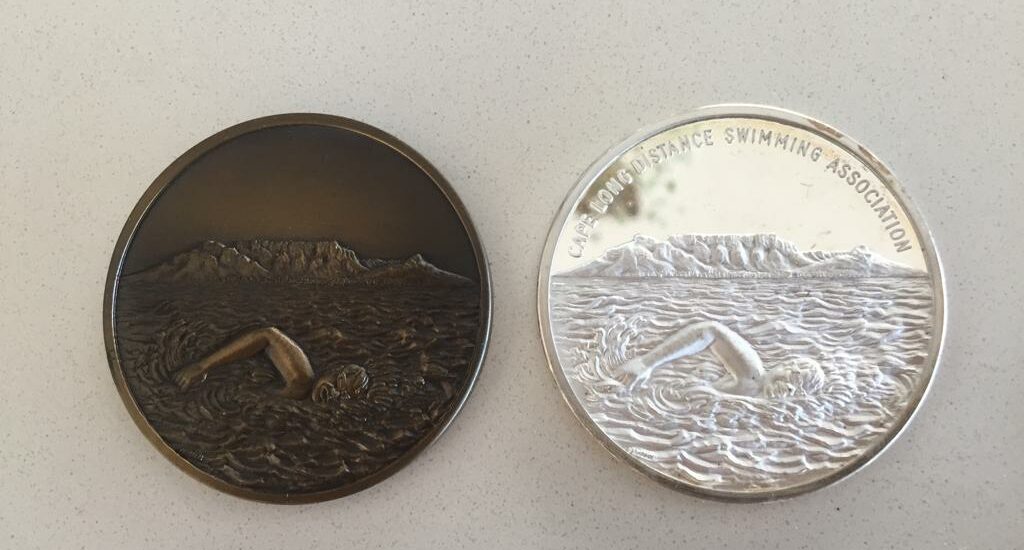 See, the first official CLDSA medal for a successful Robben Island crossing was specially minted for, and proudly given out at, the first ever CLDSA gala dinner at the swanky old Heerengracht Hotel in St Georges Street in town. Mid 1980s. Make no mistake. This was a huge evening for the swimming crowd and their long-suffering, and generally wildly better organised better halves.

Lekker heavy bronze and silver medals had been minted. People had flown in from all over the country. Eddy Cassar had even tracked down to Oudtshoorn the family of the first man to swim from the island to the mainland, Henry Hooper in 1909.

The Warden of Robben Island Prison had magnanimously, everyone thought, agreed to be there. Wonderfully bold and beautiful legends (and, their wildly better organised and infinitely braver better halves) like Hugh Tucker, Peter Bales, Selwyn Davidowitz, Tony S and the other Tony S, and too many more names to mention, swam through the night, and onto the front page, as they did every time they put their trunks on, of every newspaper in the country.

In the minds of the swimmers and an enrapt public, this was the coming of age of the CLDSA and its go-to expertise in the new-fangled world of sexy nutters who swam with sharks in freezing water.

So imagine the toe-curling horror, moments before the first tinny was cracked, that these new medals, which sat warm and plump in your palm, didn’t have the letters CLDSA anywhere on the medal.

Long story short, in true openwater style, everybody unbatted their eyelids and the show went on.

Nobody even noticed. Everyone was far too busy laughing at Tony’s own island story. Tony Scalabrino was known as a slow swimmer, but everyone knew he had plenty in the tank. Still, his first island crossing had taken six hours and he was washed up onto Blouberg beach like a wine barrel.

It was touch-and-go, and a medic ‘s morning was ruined when Tony’s eye did not react to the touch. The medic found out later that Tony had a glass eye. The result of an accident with a trig compass at school. People dined out on that story too, for years, remembers Eddy!