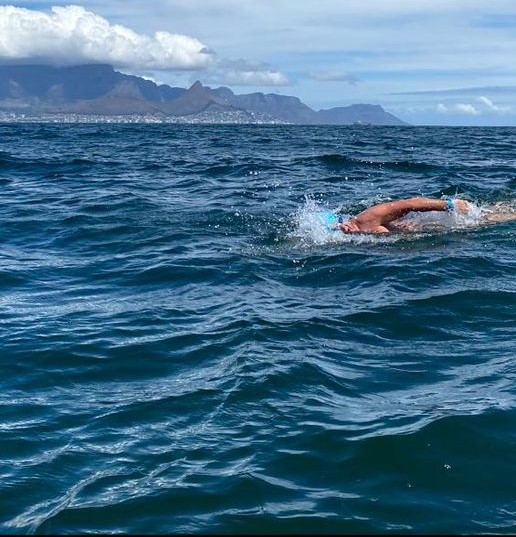 Busy day in the office

It was a legend of a day. A double island. A triple island AND a quadruple island.

(Not to mention 25 Speedo Adventure Series swimmers off to Cape Point to dabble around what is usually some of Africa’s gnarliest water.)

Andrea Mason smashed out her double island in 4:35:04.

Jarrod Berman dug deep and pulled off his triple island, swimming some 23km in 6hr 52 in 16 degrees. He is planning a False Bay crossing at the end of March.

And what do you say about Anthony Pearse? A quadruple island, across 29.6km in 16/17 degrees, in 8:19:47. Jaw dropping! Anthony also had to contend with a “fresh” south-westerly on his third leg from Blouberg to the island.

The man behind an impeccably organised and safe day on the water, Derrick Frazer says his day in the office was, “Living the dream, helping many swimmers achieve their dreams despite pushing boundaries harder and harder!”