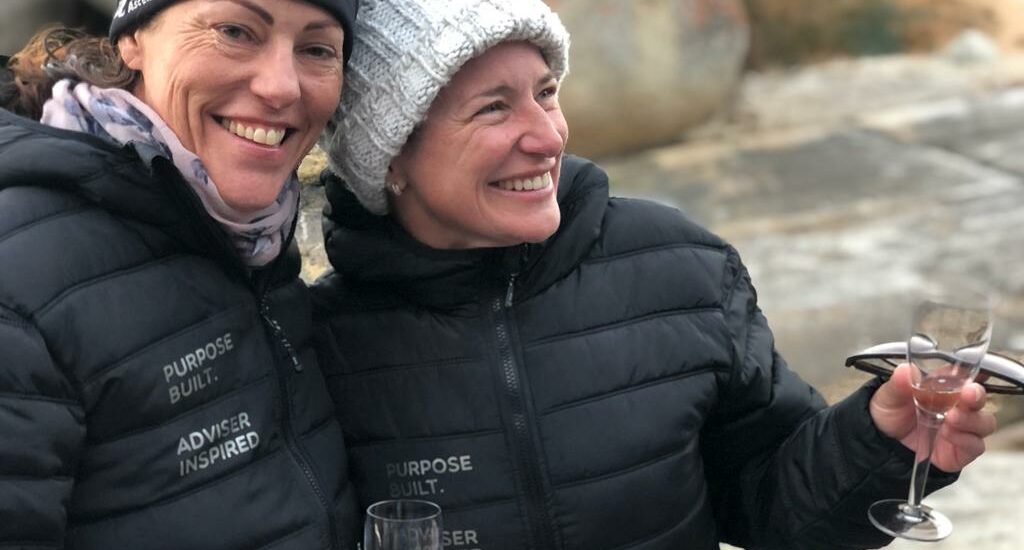 An epic two-woman fund-raising relay across False Bay has raised more than R50 000 for the Swim for Rivers charity.

Liberty Head of Wealth Georgina Smith and Business Resource Group Kirsty Thompson completed the crossing in a speedy 9hr42. Swim for Rivers highlights the desperate need for access to clean, potable water for many communities, and has assisted numerous rural communities with hippo rollers – an effective way to collect, store and transport personal water resources.

The swim community was rocked recently by the tragic news of the death of Craig Doonan, who was instrumental in the Swim for Rivers initiative. Both women were close friends with Craig, and only heard about the news the night before their swim. Georgina said that coping with his death made for a “difficult but magical” day’s swim.

Donations are still open at:
https://www.backabuddy.co.za/champion/project/sfr-fundraiser